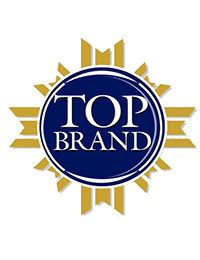 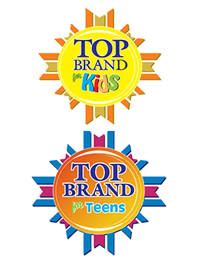 Kids are a potential market in Indonesia since there are more than 50 millions of populations. The teens group is also a more promising target market. This group tend to spend more and is receptive to a lot of novelties. 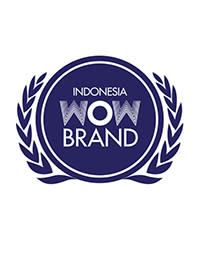 MarkPlus Insight conducted interviews to 5,800 respondents in five major cities in Indonesia. Thousands of brand across 97 industry categories were spontaneously recalled by the respondents. MarkPlus Insight ranked these brands based on Brand Advocacy Ratio (BAR) and selected the best brands in each category. 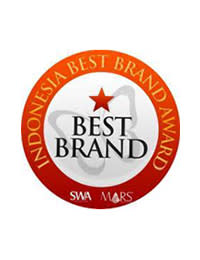 IBBA is a professional award for the best brands in each product category.  Brand valuation is based on consumer research conducted by MARS Indonesia. The variables used to assess Brand Performance Index is based on five variables: Brand Popularity, Brand Quality, Brand Share, Brand Satisfaction &  Loyalty, and Brand CAP (Consumer Acquisition Power) 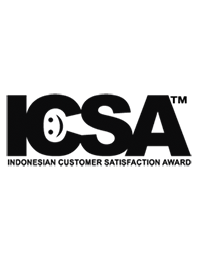 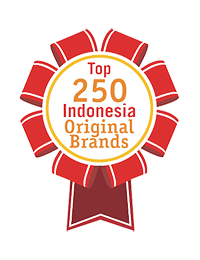 The Top 250 Indonesia Original Brand is based on annual consumer survey in six big cities in Indonesia conducted by SWA Magazine in cooperation with Business Digest Research Institution. The variables used to assess Brand Performance Indicator is based on four variables: Brand Satisfaction, Brand Loyalty, Brand Advocacy, and Competitiveness Index to non-local brands. 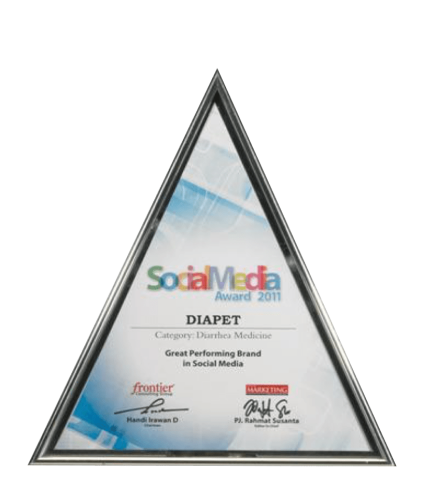 Social media give such big impact to raise brand awareness. Not only more effective and less expensive, social media also is a good media campaign. Social Media Awards is given to figures or companies who have share of voice in social media. 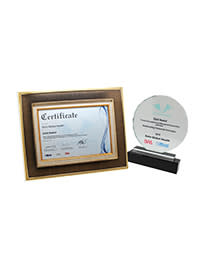 The  Outstanding Corporate Innovator (OCI) is the only innovation award which recognizes sustained quantifiable business results from new products and services. 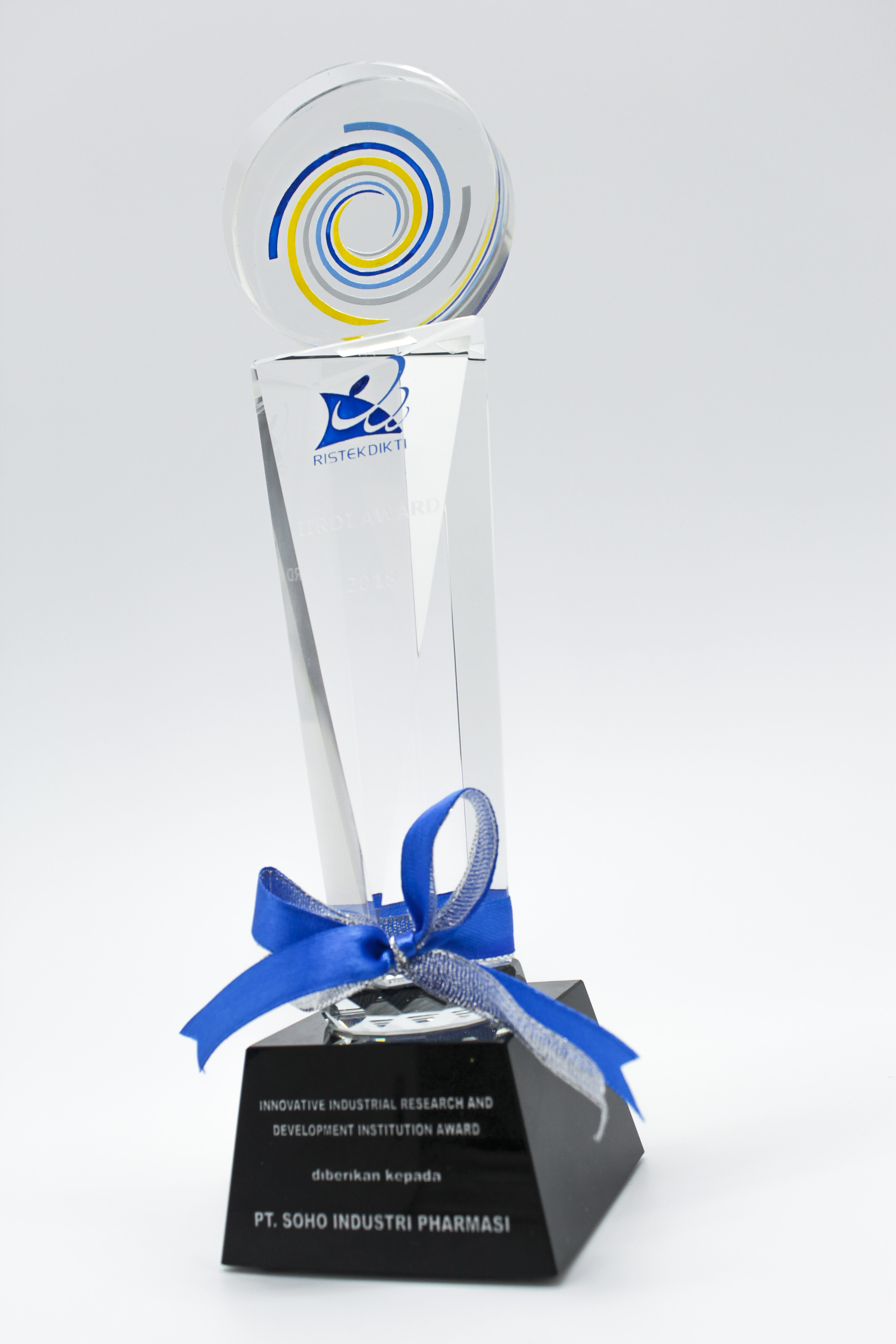 IIRDI Award is an award given by the Ministry of Research, Technology and Higher Education (“Kemenristekdikti”) to business entities / industries that carry out R&D activities consistently and continuously, and produce innovative and competitive products.

The success of PT SOHO Industri Pharmasi in winning the IIRDI Award 2018 and 2019 was the result of consistency in conducting research and development activities. SOHO's R&D and Regulatory continuously collaborates with various research institutions / universities and producing innovative and high-quality products through R&D activities. 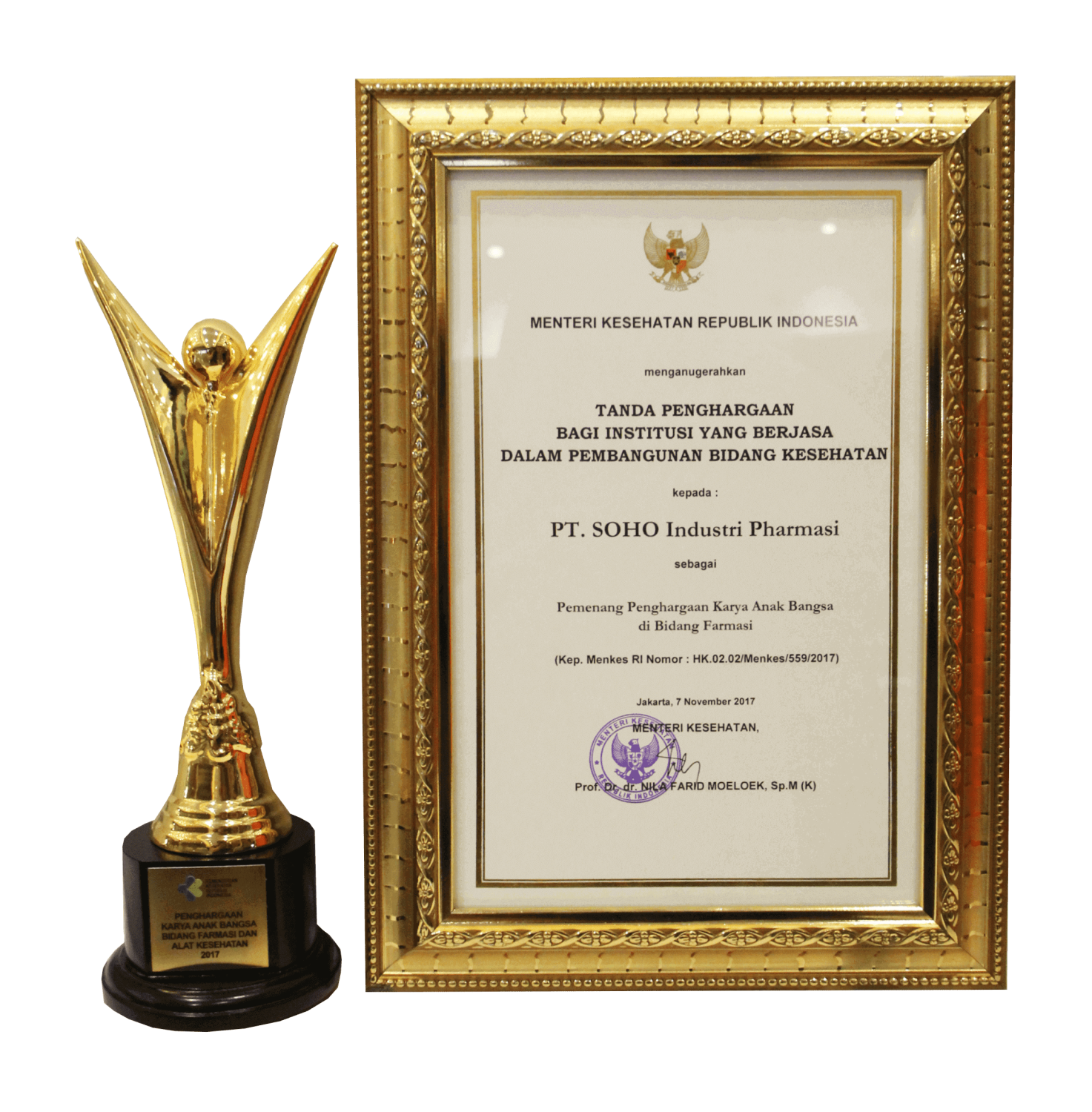 The award was given in conjuction with the 53rd National Health Day (Hari Kesehatan Nasional / "HKN") 2017.

For SOHO, the award of "Penghargaan Karya Anak Bangsa" is a form of appreciation for SGH's seriousness in natural product innovation based on Temulawak Organik with Seed to Patient concept. 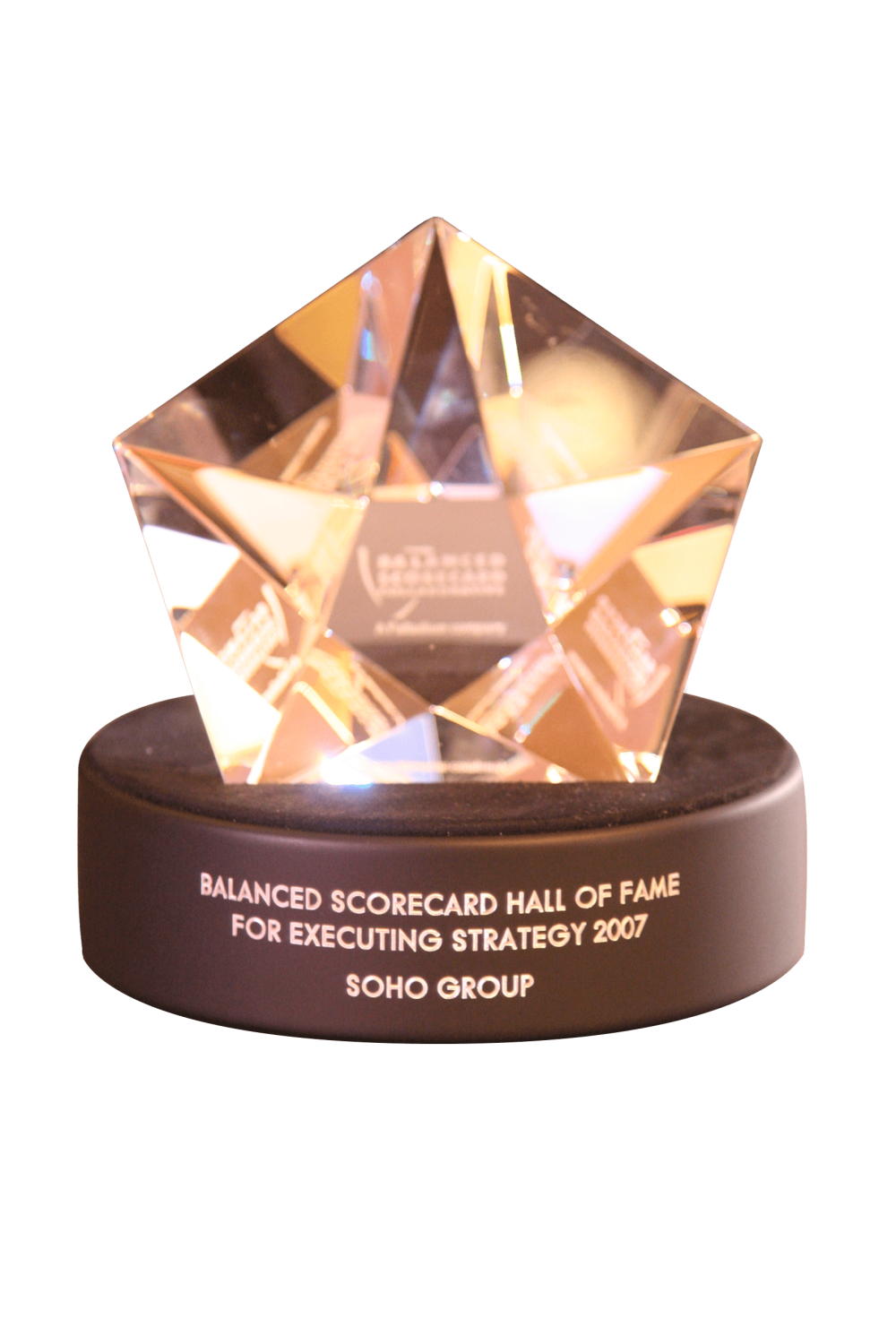 Since the year 2000, the Balanced Scorecard Hall of Fame for Executing Strategy award has recognised organisations that have proven the intuitive truth that well-designed strategy and sustained excellence in execution yield industry-leading performance.

Hall of Fame inductees vary widely in size and complexity and hail from nearly every industry and corner of the word. As the winner of 2007 Hall of Fame, SGH recognizes the opportunity for continual improvement and further matured its strategy execution capabilities since admission to the Hall of Fame. 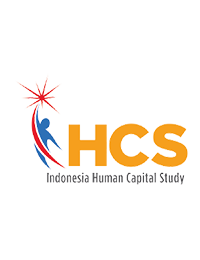 The study conducted by Dunamis Organization Services could be considered as the benchmark to process, approach and results of Human Capital Management System implementation in companies in Indonesia.

The measurement uses for assessment is based on six variables as follows: 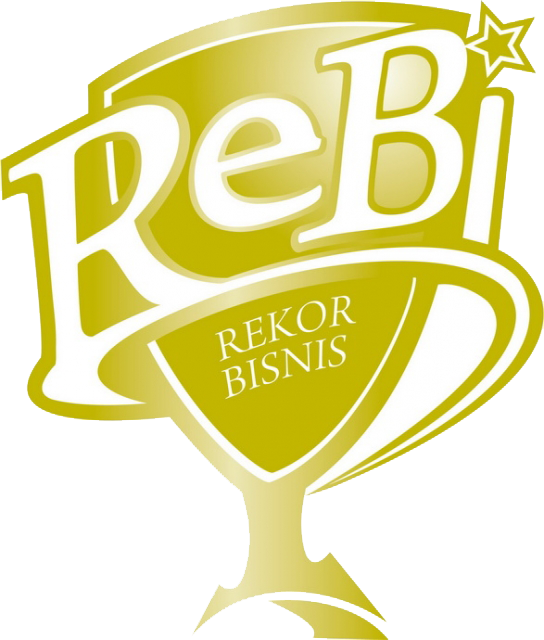 Tera Foundation together with Seputar Indonesia Daily honor the business community by presenting the REKOR BISNIS (ReBI). ReBi that was launched on February 2010, is an appreciation and the highest recognition given to an organization both private and government, and also to a product, service, and brand that performs above industry average.

ReBi is expected to bring high levels of exposure and acclaim for the companies, increase the spirit of healthy competition, and encourage new and better achievements among the business world. 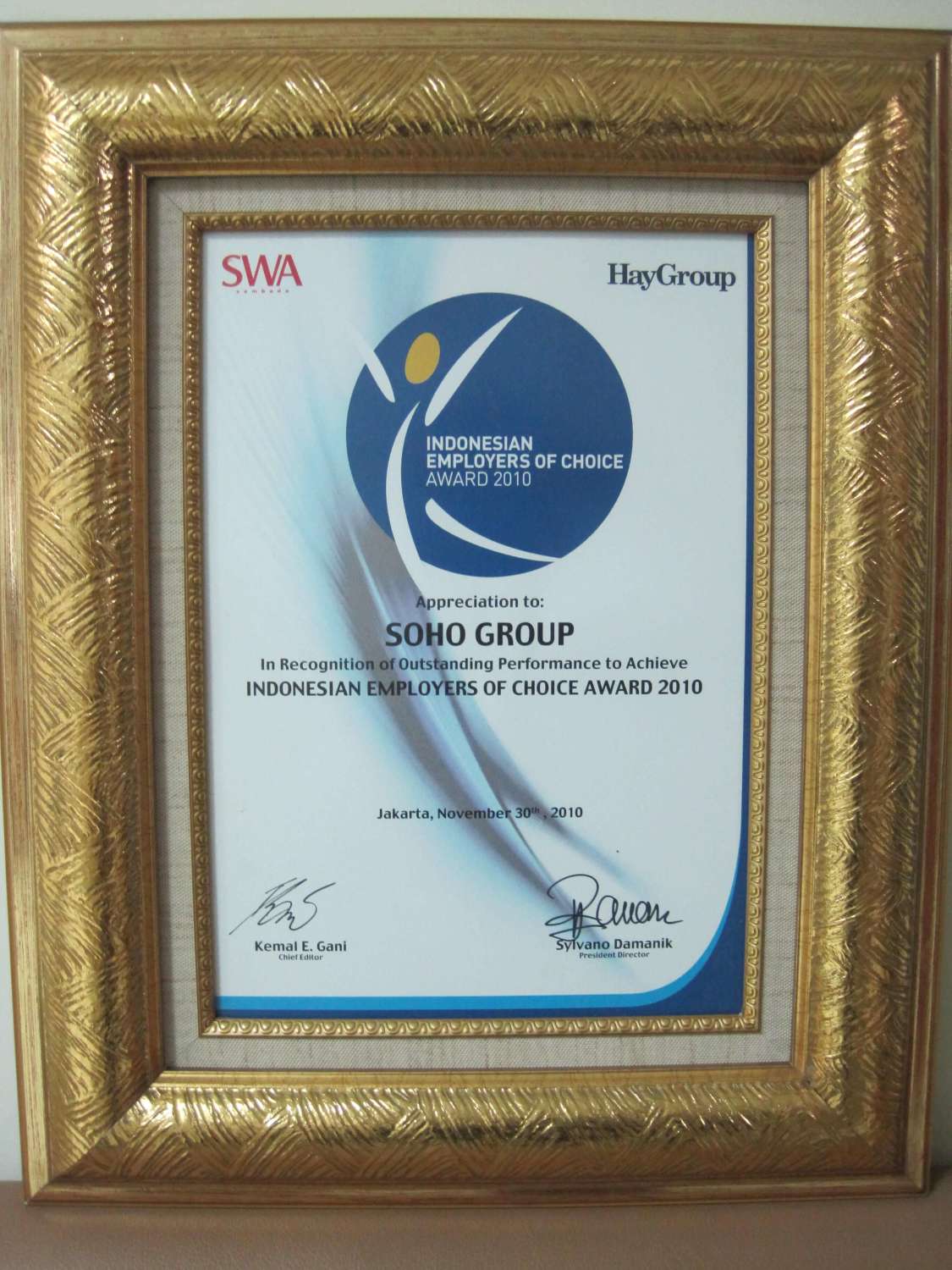 The Indonesian Employers of Choice is based on annual employees opinion survey conducted by Hay Group to identify Indonesia's employers of choice by gauging the level of employees' engaged performance in Indonesian companies. This will provide useful insight and recommendations for eligible companies to boost their employee engagement and therefore company performance. 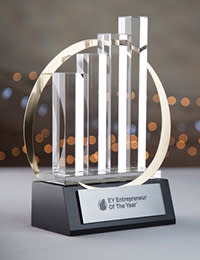 The EY Entrepreneur Of The Year™ program gives the opportunity to recognize and acclaim the outstanding achievement, leadership and vision of Indonesia’s finest entrepreneurs. Each year since its inception in 2001, EY, through EOY, has relentlessly searched and discovered the new generation business leaders who have fundamentally changed the competitive business landscape in Indonesia.

The Indonesia Law Awards were presented to the winners of in-house Legal Team, Law Firms and Top Deals & Deal Makers in Indonesia.

The evaluation of entries for “In-House Team” categories are based on the multiple combined factors such as complexity, innovation/improvement, impact, breadth/significance, and third party awards/recognition. 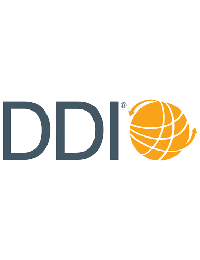 GROW YOUR OWN LEADERS AWARD 2011